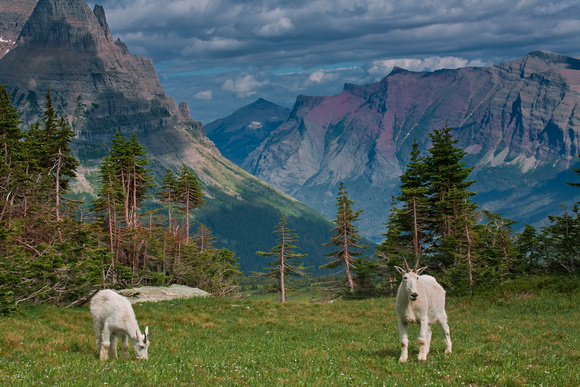 The Logan Pass Visitor Center is open during the summer season just east of the pass. The pass is a popular starting point for hiking and backpacking trips. The most popular trail is the Highline Trail which heads north along the west side of the continental divide, through an area known as the Garden Wall, due to the proliferation of wildflowers which grow there during the summer.
Just east of the pass, an area known as Big Drift often records over 100 feet (30 m) of snowfall, much of which has been pushed over the continental divide by the prevailing westerly winds during the winter. The pass is closed during the winter due to avalanche hazards and the virtual impossibility of keeping the Going-to-the-Sun Road open, yet is generally open from the end of May until mid October.
The pass provides an excellent vantage point to view wildlife. A visitor is almost guaranteed to spot a mountain goat as they have become adjusted to summertime human visitation.
© Paul Gill
User Agreement
Cancel
Continue