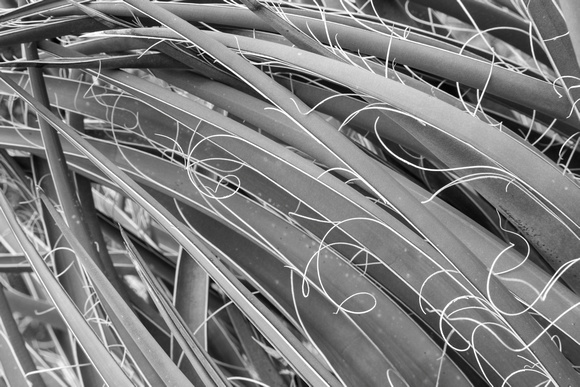 Agave (/əˈɡɑːvi/, UK also /əˈɡeɪvi/,[1] Anglo-Hispanic: /əˈɡɑːveɪ/)[2] is a genus of monocots native to the hot and arid regions of Mexico and the Southwestern United States. Some agave species are also native to tropical areas of South America. The plants are perennial, but each rosette flowers once and then dies (see semelparity). Some species are known by the name "century plant".[3]

Agave tequilana, agave azul or blue agave, is used in the production of tequila. Agave nectar, also called agave syrup, a sweetener derived from Agave sap, is used as an alternative to sugar in cooking, and can be added to breakfast cereals as a binding agent.
Copyright © Paul Gill Photo
User Agreement
Cancel
Continue